The results from the public survey carried out by the Agency “Market Vision” for the first round of the Presidential Elections were the closest to the final results issued by the “State Election Commission”.

The survey from this Agency showed that the candidate from VMRO-DPMNE Gordana Siljanovska – Davkova has an advantage of 0,6% according to the interviewed citizens. Other surveys were in favor of Stevo Pendarovski, the candidate of SDSM, with 2,5% – 5,7%. 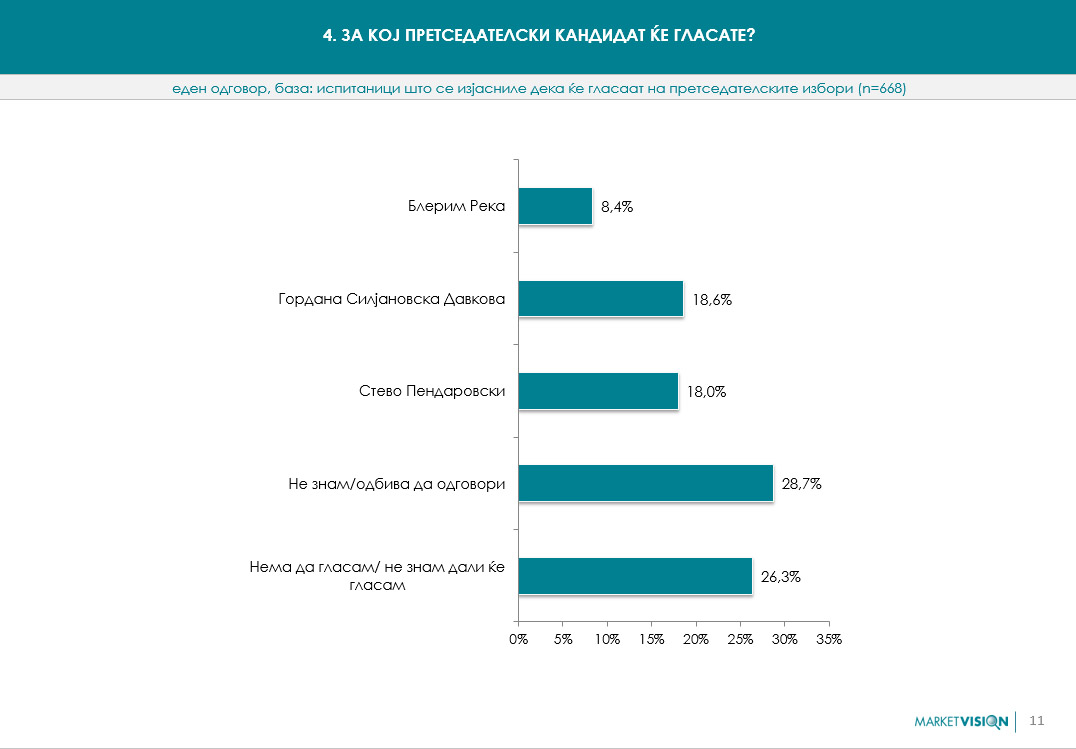 According SEC official data, Pendarovski was leading with 0,62% of the votes.

”Market Vision” most accurately predicted the turn-out, as well. According their survey the largest percentage of the interviewees 28,7% have declared that they don’t know for whom they will vote or refused to answer, while 26,3% answered that they will not vote or do not know if they will cast their vote.

In the presidential elections, of the enrolled 1.808.131 voters, 755.816 have fulfilled their right to vote, i.e. the turnout was 41,85 percent, according the State Election Commission.

All other agencies have predicted a much higher turnout.