The results from the public opinion survey carried out by the agency “Market Vision” from 22 to 24 April, for the editorial board of MKD.mk, showed that they are closest to the final results of the second round of the presidential elections. This poll showed that Stevo Pendarovski’s advantage was 6.1% in relation to the opponent Gordana Siljanovska-Davkova, and according to the final results of the SEC, the difference is 6.9%.

The survey was conducted from 22 to 24 April with a CATI method – a Computer Assisted Telephone Interview, on a sample of 1,067 respondents (statistical error of 6%, + 3%, confidence interval of 95%). The sample was representative on the level of Macedonia, by region, sex, age and nationality.

This survey showed that most of the respondents (22%) said that they would vote for Stevo Pendarovski in the second round of voting, compared to 15.9% who declared that they would cast their vote for Gordana Siljanovska-Davkova.

Picture 1. For which presidential candidate are you going to vote in the second round? 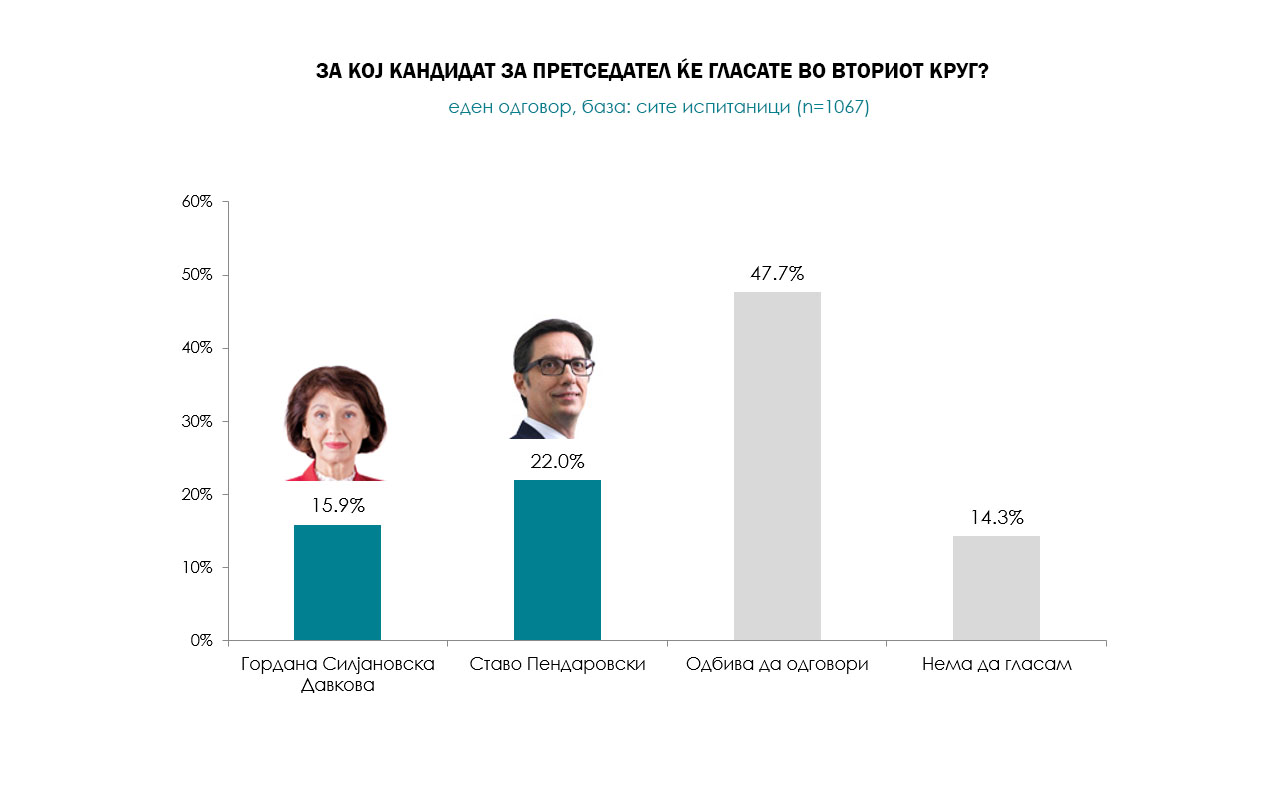 The survey of Market Vision showed uncertainty about the fulfillment of the census – 47.7% of the respondents refused to say for which candidate they would vote, while 14.3% said they would not vote. At the end, the turnout was 46.7%, and for successful elections, the necessary turnout is at least 40% of the voters.

“The interviewee should be guided through the questionnaire so that the he answers the most important questions in a way subconsciously i.e. with answers that justify his previous views. While the survey is still on-going, we make multiple checkups of the results. During these controls, comparisons are made on several key questions which have highly correlated responses. From these questions, we best notice any contradictions, mistakes, whether the respondents are afraid to answer … If any anomalies are noticed, we react quickly and if necessary, we increase the sample. In political polls, most often the group of respondents that do not express an opinion on an issue follows the structure of those who have no problem answering. Our poll for the presidential elections has predicted the election results exceptionally accurate. But generally speaking, the most important thing is that the results do not exceed the boundaries of the statistical error. The team working on these surveys has a large experience. The members of the team work together for many years now and are well acquainted. Their dedication, professionalism and impartiality are also embedded in the research results” – say from Market Vision. 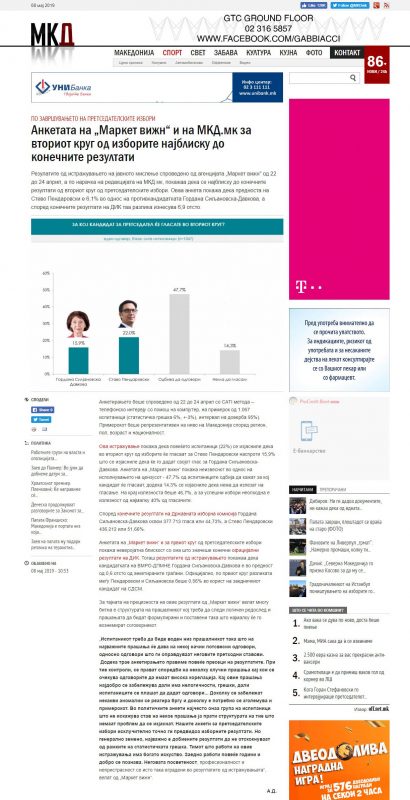